Since 1987, students in communities around the globe have competed for prizes in essay contests based on the Laws of Life in Sir John Templeton’s writings. Starting in 2009, students in The Bahamas have had a contest of their own, presented by The Bahamas Ministry of Education and the Nassau-based Templeton World Charity Foundation.

Students in primary, junior, senior, and college divisions are asked to select one of Sir John Templeton’s laws of life. To compete in the contest, students submit essays explaining how that specific law is meaningful in their own lives. Secondary students also have the option of creating a short video instead of a written essay. Winners receive cash prizes and are recognized in a popular event. In 2019, over 3,000 students submitted entries.

The current incarnation of The Bahamas Laws of Life Essay Competition, which has become the nation’s most successful student essay contest, celebrated its ten-year anniversary in early 2019.

Background on the Laws of Life 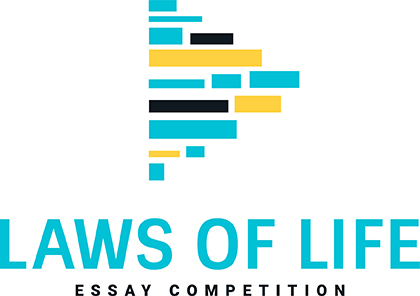 Visit the “Requirements” page for more details regarding essay rules and the list of topics by division.

Submission instructions can be found on the “Submit Your Essay” page.

Please contact us via email at info@bahamaslawsoflife.org with any questions.

Visit the “Requirements” page for more details regarding essay rules and the list of topics by division.

Submission instructions can be found on the “Submit Your Essay” page.

Please contact us via email at info@bahamaslawsoflife.org with any questions.

“Because of the Laws of Life, I am actively pursuing the goal of becoming an author of young adult books and novels. For this same reason, I would encourage every student to embrace the competition. You never know what you have buried inside of you until an opportunity like this digs it up. When I first entered the contest in the sixth grade, I was a little boy who didn’t know why I was here or what I was good for. Now, in my sophomore year of college, I am a man as well as a living pen, and it’s thanks to the Laws of Life competition that I know I can call myself those things.”
Michael MillerFormer Laws of Life winner and sophomore at Montclair State University (USA)
“The Laws of Life Essay Competition definitely has had a tremendous impact on my life. Through preparing my essays for submission, I earned a chance to fully understand Sir John Templeton’s life-changing laws, which will ensure a better future for me. My writing has also greatly improved as a result of my participation. I would absolutely recommend others to participate in this competition because his laws teach you how to be a better person and improve your life and those of others.”
Akila Thomas2013 Primary Division Winner
“The Laws of Life Essay Competition has opened doors for many students. Besides gaining monetary rewards, the “laws” that are given as topics can assist students in being confident, empathetic, considerate, and open-minded individuals.”
Shevron ThomasTeacher at Doris Johnson Senior High School
“Every year, our students look forward to the inviting prompts that challenge their thinking and force them to do engage in introspection. They embrace this opportunity to self-reflect and to write about values and attitudes portrayed within the wider society. The Laws of Life competition is certainly an enriching and valuable experience.”
Jacqueline HyltonTeacher at Queen’s College High School
“An early reward in my role as the Deputy Director of Education was the privilege to meet Sir John Templeton. Listening to his wisdom and explanation of how the Laws of Life could assist with the moral development of students, I knew that an essay competition would produce significant results in all students. [It has become] the most successful and valuable essay competition in The Bahamas.”
Mrs. Elma GarrawayPast Permanent Secretary, Ministry of Education; Laws of Life Planning Committee Member
Previous
Next

In early 2008, the late Dr. John M. Templeton Jr. met with the former Minister of Education, Hon. Carl Bethel to discuss, among other things, his father, Sir John Templeton’s book, Worldwide Laws of Life, and how it could be used by the Ministry of Education. This led to the re-establishment of a successful and beneficial partnership between the Ministry of Education and the Templeton World Charity Foundation, with the annually anticipated Laws of Life Essay Competition now widely accepted as the country’s premier essay competition in public and independent schools across The Bahamas.

The most prestigious essay competition
in The Bahamas.